Before embarking on the redesign or remodelling of an existing store, it should prove very helpful to  study in a methodic way shoppers’ perceptions, attitudes and behaviour in-store with respect to the store in its current state. It is vital for store owners or managers who do not perform such research on a regular basis, particularly in small chains and medium-size independent stores.

There can be different reasons for initiating a store redesign: to refresh, revitalize or modernize the look of a store that has become too old and tired; original ideas of the owners for a new concept they would like to apply to the store; and there may also be some comments from shoppers that have accumulated over time on things that need fixing or improving in the store. Plans for the redesign may get inspired from experiences and healthy insights of the staff working in the store, and then be devised with clever and creative advice of professionals like architects and internal designers or brand consultants. However, any plan should take into consideration the perspective of shoppers and their shopping experiences in the existing store before deciding how it should be changed. Furthermore, information should be measured, collected, and analysed in a consistent and robust manner using established research methods. Thereby, comments of customers made from time to time may provide initial guidance when triggering the process of redesigning a store, but the comments may be too sporadic and not reliable enough to base a plan on them. That is, such feedback can be used in forming “design hypotheses” that need to be corroborated through research. 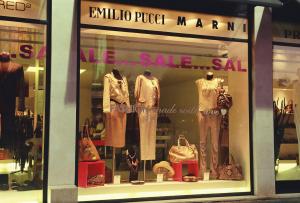 Even if redesign entails a whole new concept that would change the store’s appearance and organization dramatically, there is still much that can be learned from how customers have conceived the existing store for good and bad — things worth preserving and things to be avoided in the newly designed store. Creating a new theme for the store does not require dumping or ignoring everything belonging to the old store, especially if the store owner wishes to retain his old-time customers. On the one hand, it would clearly be a shame if after investing in a whole new design problematic aspects to the shoppers  had not been corrected (e.g., pathways, the location and structure of fixtures for given types of merchandise, decoration, colours, lighting). On the other hand, some aspects that were convenient or appealing in the old store and helped to attract customers may well be replanted in the new design — for veteran customers it may be particularly comforting to find familiar and favourable spots from the store they have known before the redesign.

In order to properly understand and assess the impact that a store scene has on consumers-shoppers, the best way is to base the study on their first-hand impressions and experiences in the store in relation to its visual design, layout and organisation. A complementary study may be carried out off-site but it is still essential to show the consumers-respondents photographic images of the scene to which they can relate and respond. The three methodological approaches I propose below consider aspects associated with the visual appearance of the scene and shopping behaviour in practice.

Visual Appraisal In-Store — From the moment a shopper steps into a store he captures an overall view of the scene and chooses an initial destination. Why or how he chose that first destination? And where does he proceed from there? Not always consumers can reasonably explain these choices because many of them have been made unconsciously. When a visitor stands in a particular spot in the store, her visual attention may note another object or display in peripheral view, and unconsciously her eyes may fixate on that new target. Yet, if the target makes an impression strong enough (e.g., interesting, appealing) she may consciously elect to move in that direction. The first method proposed is to let a shopper freely take a tour of the store, simply “follow his eyes.”  Provided with a drawing of the store, the participant would be instructed to walk through the store and mark positions visited that visually appealed to him or disturbed him, adding graphic or verbal annotations as appropriate. This approach allows intuition and affective reaction to precede more elaborate thinking. A summary of visual appraisals made by a sample of 30 to 50 shoppers can help to quickly map out visually strong and weak spots in the existing store before its redesign. This input may be used for setting priorities or giving directions for planning the renovated store design.

The Shopping Trip In-Store — The second approach proposed is to observe a shopper while actually making his or her shopping trip and buying items in the store.  The aim of observing shopping trips is to identify mainly what areas in the store are visited more frequently, which products are noticed and which are picked up, and what are the routes taken through the store. The visual appraisal tour has a different purpose, it does not require any explicit shopping goals, and it is less concerned with the route between “stations” visited. Observation and/or video recording of shopping trips are utilized more frequently in large chain-stores (e.g., supermarkets, pharma stores, DIY stores) in planning layout of displays and counters, selecting product categories to offer, and devising or updating a planogram of their display locations. I believe that redesigning a store is an excellent opportunity for conducting this type of study. In this context, research should tell store owners and managers how shoppers pass through the store, the frequency and order at which areas and displays are visited and purchased from, and indicate any issues concerning visibility and ease of access. In some cases it may also provide information on interactions made with staff for service. An appropriate technique would be to escort a shopper during a visit (“shop-along”), allowing in certain instances where necessary to probe the shopper to describe his or her decision-making process (a trip may additionally be video-recorded by the observer or by the shopper using a small head-mounted video camera).

Visual Impressions Using Photos and other Photo-Elicitation Applications — Rather than asking a visitor-shopper to make an appraisal tour of the store, we may conduct an interview with him or her with the aid of photographs. The respondent would be asked to name or point at different objects or areas of his or her choice, evaluate them or comment on them. 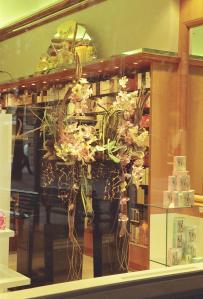 For a quantitative study, it is suggested to use photographs taken in advance at the store to ensure all respondents see and refer to the same stimuli, showing the same view-angles and objects in the store. Although the interview uses photographs it is still advantageous to conduct the interview on-site, placing the respondent in the actual scene rather than detached from it at home or at another unrelated location. In a qualitative type of study, a photograph of the store may serve as a starting point to a more free discussion on the experience of shopping at the store, occasions of shopping, how products purchased are used, etc.. This may help for example to understand how the store participates and fits in the lifestyles of customers, and possibly guide how those lifestyles may find better expression in the redesigned store (participants may be given the option to take their own photos as they desire). A photo may also assist in eliciting associations with the retail brand where applicable as input for designing visual elements that enforce the brand in the remodelled store. At a more advanced stage of a redesign process, an extension of the third methodological approach may include the presentation of virtual graphic models for candidate future designs.

Any of the methods described above for visual-oriented and behavioural research, or a combination of them, may be chosen in regard to the extent of planned remodelling and budget. It can provide information of great assistance in resolving dilemmas during the redesign process in anticipation of customer reaction to the new design, and giving direction towards a design that improves on the previous one from a customer perspective. 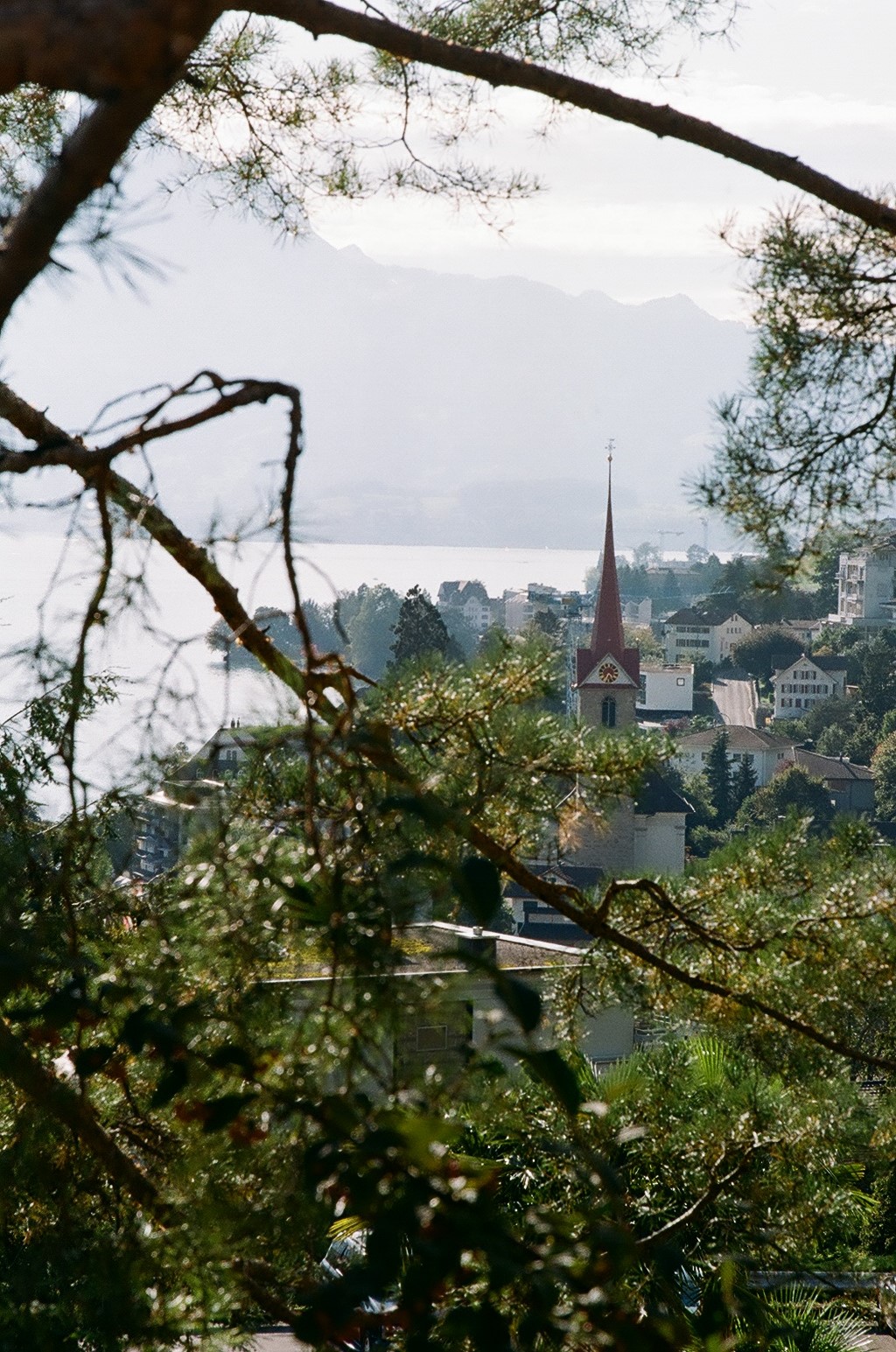